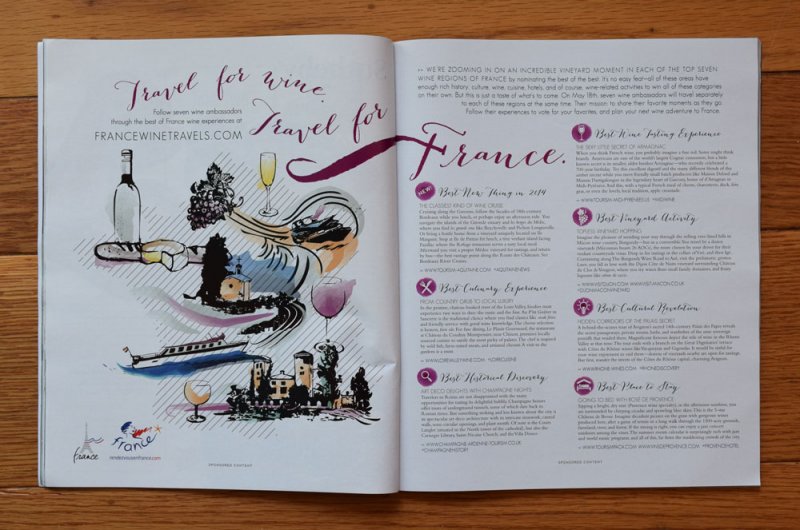 I collaborated with the French Government Tourist Office (Atout France) to devise a more personal way to communicate stories and experiences to be had in France's lesser known destinations.. The result was a two page spread in the New York Times Magazine, with custom hand and digital illustrations and typographiy. Elements from the printed design were later used in online campaigns, and the illustration was later modified and reprinted in Swiss magazines to promote travel to France from abroad, particularly after the Paris tourist attacks.